CNN has published an interesting article on bullying stating that as many as 25% of teenagers have experienced cyberbullying at some point, said Justin W. Patchin, who studies the phenomenon at the University of Wisconsin-Eau Claire. He and colleagues have conducted formal surveys of 15,000 middle and high school students throughout the United States, and found that about 10% of teens have been victims of cyberbullying in the last 30 days.  Among young people, it's rare that online bullying will be a total stranger.  Researchers are working on apps and algoriothms to detect and report bullying online.  Read the full article here >> 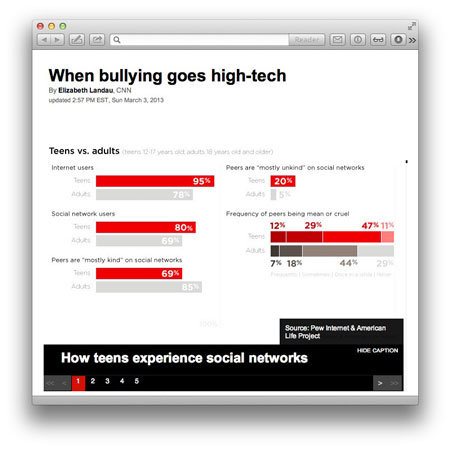