Religious Emojis will be part of new Unicode Update

We like our typefaces, don't we?  Times, Helvetica, Calibri, futura, Papyrus, Arial.  They can come in Bold, Italics, Underline.

Years ago, if we wanted to type or display foreigh languages or symbols, we needed specialized, language-specific typefaces or symbolic fonts.  A font standard called "Unicode" forever changed that prior reality. 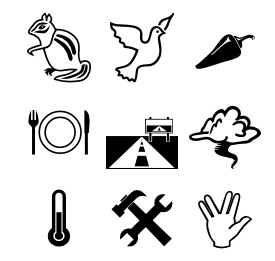 Unicode has now announced their version 7.0 standard and one of the things that has gained some attention in the news is the inclusion of new symbols (emojis) that have decidedly religious significance. With the release of the Unicode Standard, Version 7.0, there will be approximately 250 new emoji (pictographic symobols) supported.  Among the new symgols will be three kinds of crosses, a dove of peace, and some symbols from other religious traditions such as the "Om" symbol from Hinduism.

This announcement doesn't mean you'll instantly be able to use the new symbols on your computer, tablet, or phone.  Not all fonts have representations for all the symbols available and companies will need to decide how the actual representation of that symbol will look.

Until now, if you've wanted to use any religious-themed emojis in your messages, you've had to turn to third party tools like Holy Emojis or Pic Christian.

The inclusion of the new emojis in the updated Unicode standard clearly indicates the need for conveying religious sentiments and that the current options available to individuals falls short.