American Teens Use an Average of 9 Hours of Media Daily 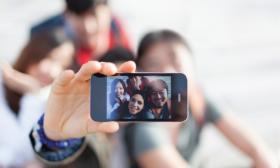 Common Sense Media released a new report The Common Sense Census: Media Use by Tweens and Teens.  According to this report, teens use an average of nine hours of entertainment media per day, and tweens use an average of six hours, not including time spent using media for school or homework. The report also identifies distinct types of media users with different patterns of use. The recognition of these new user profiles can help parents understand that there's no such thing as an "average media user" and that kids' media use may actually be a reflection of deeper needs (for example, to connect with others or learn a new skill).