Is Social Media Causing A ‘Distancing Phenomena’ To Take Place 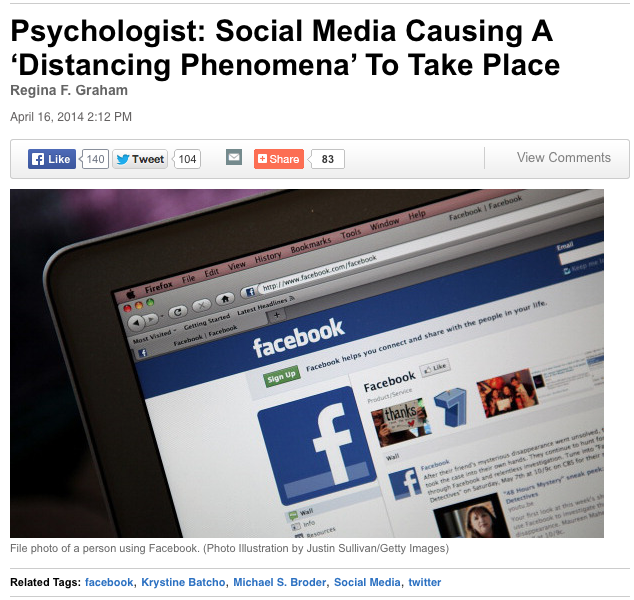 What a person does in cyberspace is quite different than what someone can do face-to-face in an actual conversation.

Lemoyne College professor of psychology Krystine Batcho says that social media may be making interactions with other people too impersonal and that a "distancing phenomena"  is taking place.

According to the CBS DC news report, Batcho says, "There's no doubt that when social media is used in place of real connections, that it can mentally cause a number of things to happen to them," she stated. "Many people are talking about an addiction to social media and that people have become dependent on it. It has brought on anxiety and has made some people feel nervous or worried when they can't access it."