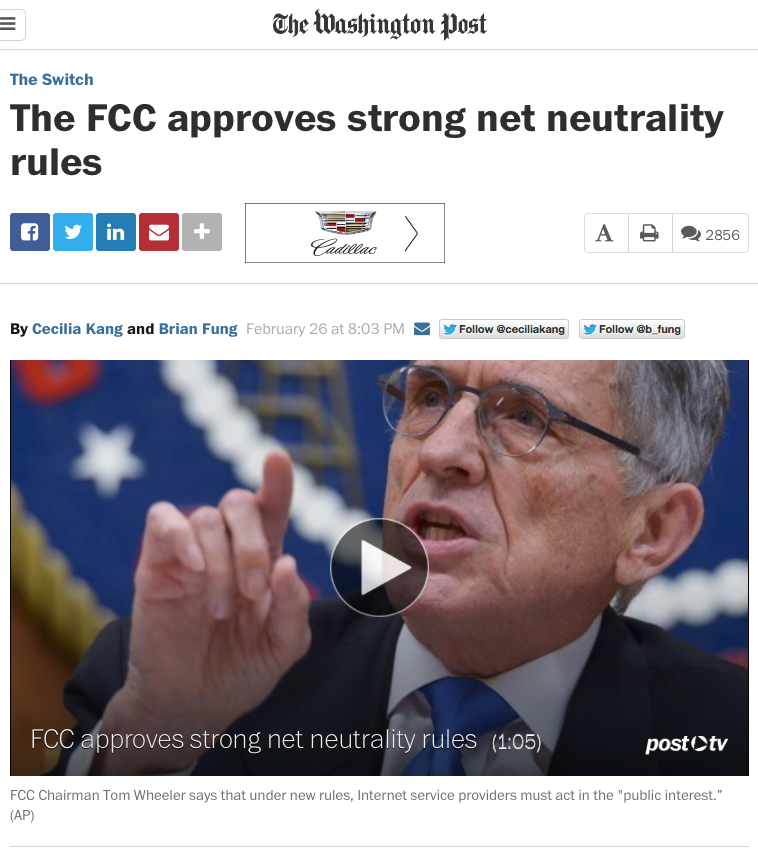 The Washington Post has published an article on the ruling by the Federal Communications Commission that for first time classified Internet providers as public utilities Thursday.  Officials said that the landmark vote will prevent cable and telecommunications companies from controlling what people see on the Web.

The move, approved 3 to 2 along party lines, was part of a sweeping set of new “net neutrality” rules aimed at banning providers of high-speed Internet access such as Verizon and Time Warner Cable from blocking Web sites they don’t like or auctioning off faster traffic speeds to the highest bidders.